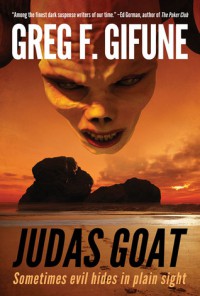 What is it about Greg F Gifune that makes me want to write a review, spread his fame and share his innermost thoughts and feelings with the rest of the world. First can I say if you are a lover of dark fiction and have never heard of Greg (where have you been!) then you are in for a treat, a treat that is not always an easy ride, a treat with no happy ending, and a treat that contains a collection of tormented souls who will never attain nirvana and who face each day full of regret and misunderstanding….welcome to the darkside!

Lenny Gates a failed part time actor, living with an alcoholic girlfriend, is surprised when he receives information that his student love Sheena has died leaving all possessions to him. He sets out to investigate why this should be and is drawn deep into a nightmare of epic proportions. Sheena had discovered something, had unleashed something, never meant for it to happen but was afraid it could not now be stopped. It is the way that Gifune writes, more than the story itself, that makes Judas Goat a memorable journey into the mind of a lost soul full of regret and remorse…
“Fighting with everything he had to keep his mounting terror at bay, Lenny backed into a corner of the room and slowly sank to the floor. He wrapped his arms around himself and stared at the lamp. Its light provided some comfort, but the paranoia and fear were winning. ..Lenny watched the glow for what seemed hours, clinging desperately to whatever bits of control remained. He felt like a helpless child lost at sea and struggling to remain above water. No matter how hard he fought, eventually he’d slip beneath the surface and die. He knew this, yet he continued to struggle. Had it not been quite so hopeless, he might’ve claimed it valiant. But the doomed had no such luxuries. He told himself he would not sleep could not sleep-but eventually did just that. As the waves overtook him, he swallowed night and spiralled down through liquid darkness to all that waited for him. There, in the horrifying depths of his own torment”

The author treats the reader with respect and lays before him prose that allow him to question his own moralities and beliefs..”But one thing I do know is that we’ll never be alive again like we are right now. It’ll all be yesterdays and memories before you know it. And we’ll both look back and give anything to be young and free again just for a day, an hour. No matter what happens, good or bad, we’ll never feel this indestructible again”

I think “Judas Goat” is an inspired name for this book…”It’s a trained animal slaughterhouses and farmers use. It leads animals onto trucks or platforms and into pens, that kind of thing. It also leads them to slaughter. It betrays its own kind. You know, as in Judas Iscariot?” When Lenny last saw Sheena he would never commit and he left her when she was most vulnerable, now this inheritance she has bequeathed to him may become his Judas Goat.
So Lenny travels to Trapper Falls to confront his destiny and he is helped along this path by two memorable characters…Officer Meadows and his annoying scratching habit “Lenny was sorry he’d called the police in the first place. Meadows had been annoying enough, but what the hell was this incessant scratching about? Did he have lice?” and lets not forget big mean Gus Garvin the mad wielding Axe Man “ At close range the man smelled like he hadn’t bathed in eons. It’s ok, Lenny told him, fighting an urge to block his nose, you can put the ax down. I’m a friend….Without warning Gus lunged for him and swung the ax!.

So a highly enjoyable read by one of my favourite dark fiction authors who continues to probe the deeper recesses of the human mind and by doing so produce some magnificent storytelling.