A writing style and story not to my liking 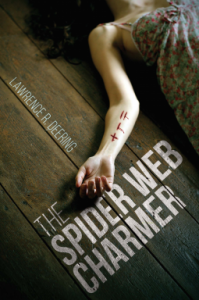 Michael and Michelle Crawford could best be described as an entrepreneurial and adventurous couple who run their own detective agency. Work is fast and furious with most of their time spent trying to discover and apprehend a killer know as "The Mathematician" who inscribes insightful "equations" unto the bodies of his victims. As the body count mounts the FBI is contacted to assist especially when it becomes clear that the serial killer has acquired an unwarranted interest in Michelle Crawford. In addition to managing the busy day to day workload of the agency, and chasing The Mathematician, Michael is also eager to discover the whereabouts of his birth parents who abandoned him to adoptive parents at a young age.

This book is best described as a novel with "cool temperament" told in a rather brassy and mocking writing style. It failed to have any impression on me, I found all the characters devoid of any emotion (which may have well been the author's intention) and after only a few chapters I was hoping that The Mathematician would be successful in his attempts to wipe out the Crawfords and rid me of the need to read any further! Many thanks to netgalley for a gratis copy in exchange for and honest and truthful review and that is what I have written.