Not as good as its predecessor 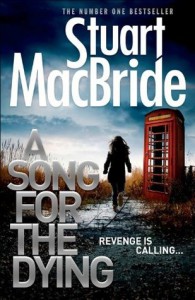 This is the second outing for ex DI Ash Henderson and having read the excellent Birthdays for the Dead I was expecting to love reading this new adventure for our intrepid hero.

When we last encountered Henderson he was too late to save his daughter from a brutal encounter with a killer known as the inside man (TIM) Further he had been framed by one of Oldcastle's most vicious criminals Mrs Kerrigan and when we meet him at the start of A Song for the Dying he is serving his sentence. Unfortunately incarceration does little to quell this lady's  evil reach and Henderson suffers constant beatings from Kerrigan's hired thugs. He wants revenge, The Inside Man has begun his killing spree again, and the police have arranged for the early release and assistance of ex DI Henderson. Will the killer be caught? Will Mrs Kerrigan be punished? Will Ash Henderson ever find some form of peace again after the loss of family members and his 2 years in prison. All will be revealed in an exciting and enjoyable read.

Stuart McBride as a writer is an acquired taste. He speaks in the colourful language of a bitter Celtic populace with a somewhat twisted and black sense of humour. This all fits in nicely with the cold and desolate inner Scottish cityscape, and the harsh guttural sounds that come together to create this picture of daily inner depravation and decay. I like reading McBride's books but only occasionally, they are exciting and depressing in equal measures. A Song for the Dying is not as good as its predecessor and perhaps I should have waited a little longer before reading....it's good but not the full cigar!