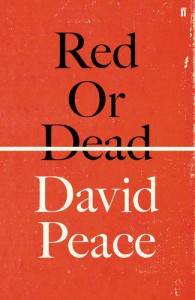 There are so many great memories here of football as it was and the great players of the 70's...who does not remember Gary Sprake (the monumental Don Revie Leeds team!)...and his unfortunate tendency to drop the ball!!

I loved the style of writing, I really understood what Bill was all about, and what football meant to him and how it shaped his life and by reading this book I was able to live those years with Bill..

This book has had a number of reviews in the tabloids but to me the journalist who really understood the complexities of Mr Shankly is Ben Felsenberg and his article in the Metro on August 1st 2013, in conclusion he states " Yet the comulative effect of all the repetition which sees the name Bill peppered throughout most pages, is entirely compelling. The writing is honed, sculpted, poetic. Peace gives us Shankly the man and the manager, and his philosophy and socialist belief in the collective loom large. But this is also a story of a working man and how the daily, single-minded application of labour can lead to great achievement. Peace has built what is a worthy monument to a figure light years removed from the megabucks and hype of today's football. It doesn't matter if you don't follow the game, this is also a profound investigation of the tension between aspiration and the constraints of time the very essence of the human condition"

I hope Ben Felsenbery does not mind me quoting from his excellent review...and I only reiterate his words this is a poetic masterpiece about on of the truly greats of British football and I implore you to read...
Tweet